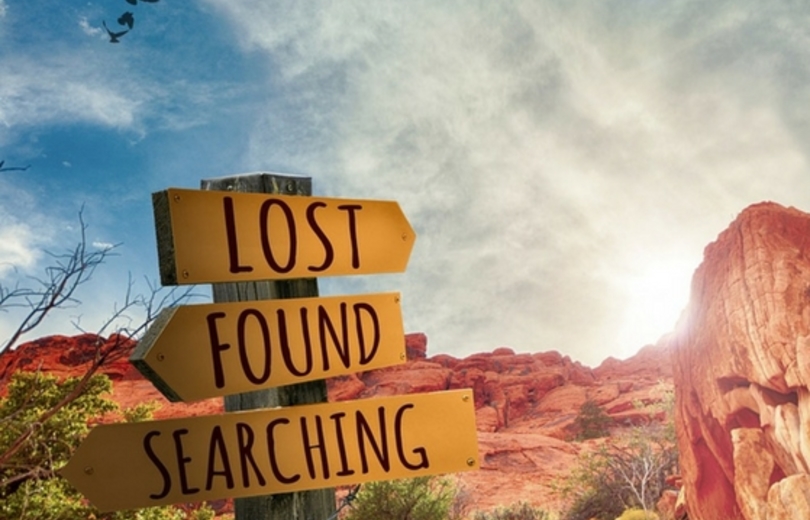 Last week we began to look at the Trinity, and specifically the Father. We saw how God was one WHAT, with three WHOs. One infinite spirit being, with three persons within that – Father, Son and Holy Spirit.

We also looked at Baptism of Jesus, where the Father, Son and Holy Spirit were all present – but we focussed on the role of The Father. The Father who:

Today we will look at a Parable that shows the character of The Father towards his children. The context of this is Jesus speaking about Lost Things – sheep and coins – and that loss should provoke a reaction of sadness and a wish to find. Lost people need finding. And God can find them!

Lost people need finding. And God can find them!

The story has three people in it. The Father, and an older son and a younger son. The Father represents God. The sons represent us – our attitudes and responses to God. As we listen, think about God, and think about yourself. Where are you in this story?

It begins with the younger son asking for his part of the inheritance. This is deeply rude as you get your inheritance when the father is dead. Was he dead? No … But more, to have the inheritance, the father would probably need to sell possessions. How rude is this? And the scandal and humiliation of this father would have been seen by the town, and intensely felt by all. The son would then be hated by the town.

The father should discipline his son, but does not. Many would even disown the son for this, but there is an incredible and brave act of love from the father which allows the free stupid choice of the son to stand.

At this point think about the other son. He got his share too (v.12). yet, he made no attempt to stop the youngest son, nor to protect the honour of the father, nor look for reconciliation. He wasn’t bothered by family breakdown, but took his share.

What does the young son then do? Gets the money and

runs! … and spends it all, wasting it away, until it is all gone. Nothing left, and suddenly he is in need. He needs a job, so goes to work for a pagan pig farmer, where he couldn’t even earn enough to live, as he was eating pig food to survive!

It is no surprise that the son … came to his senses! … I am eating pig-food. What am I doing here!?!  He then repents, sort of. The repentance was for being stupid with money, and sad for being hungry. He was not sorry for insulting his father, or truly wanting reconciliation. He was just sad about the mess he was in. The son’s plan shows this:

Jesus turns this on its head

The father is watching out for son. He probably expects failure, and knew he would return BUT also knows that if the town sees him first, the son is in trouble. He must get there first, and he does by running! Very undignified, but very passionate! The father then does a number of things to show true forgiveness:

Sounds good! But the oldest son wasn’t happy. He hears the music, and won’t go in. The whole town is invited, and he learns what is going on. And he won’t go. The father comes out to him, as he did with the other,  but the son is rude.

The oldest son was sour. How did the father respond? More love, but no compromise.

The father. Two sons. A picture of God the Father and ourselves. What resonated within your heart?

Luke 15: The Parable of the Prodigal and His Brother

Then Jesus said, “There was a man who had two sons. The younger of them said to his father,

‘Father, give me the share of the property that will belong to me.’

So he divided his property between them. A few days later the younger son gathered all he had and travelled to a distant country, and there he squandered his property in dissolute living.

When he had spent everything, a severe famine took place throughout that country, and he began to be in need.

So he went and hired himself out to one of the citizens of that country, who sent him to his fields to feed the pigs. He would gladly have filled himself with the pods that the pigs were eating; and no one gave him anything.

But when he came to himself he said, ‘How many of my father’s hired hands have bread enough and to spare, but here I am dying of hunger! I will get up and go to my father, and I will say to him,

“Father, I have sinned against heaven and before you; I am no longer worthy to be called your son; treat me like one of your hired hands.”’

So he set off and went to his father. But while he was still far off, his father saw him and was filled with compassion; he ran and put his arms around him and kissed him.

Then the son said to him, ‘Father, I have sinned against heaven and before you; I am no longer worthy to be called your son.’

But the father said to his slaves, ‘Quickly, bring out a robe—the best one—and put it on him; put a ring on his finger and sandals on his feet. And get the fatted calf and kill it, and let us eat and celebrate; for this son of mine was dead and is alive again; he was lost and is found!’

And they began to celebrate.

Now his elder son was in the field; and when he came and approached the house, he heard music and dancing. He called one of the slaves and asked what was going on.

He replied, ‘Your brother has come, and your father has killed the fatted calf, because he has got him back safe and sound.’

Then he became angry and refused to go in. His father came out and began to plead with him. But he answered his father,

‘Listen! For all these years I have been working like a slave for you, and I have never disobeyed your command; yet you have never given me even a young goat so that I might celebrate with my friends. But when this son of yours came back, who has devoured your property with prostitutes, you killed the fatted calf for him!’

Then the father said to him, Son, you are always with me, and all that is mine is yours. But we had to celebrate and rejoice, because this brother of yours was dead and has come to life; he was lost and has been found.